Loch Harport to Canna was a gentle sail. There are now 10 moorings in Canna harbour but still plenty of room to anchor which was just as well as by the time we arrived all the moorings were taken.
We anchored in the outer part and it blew fairly hard overnight so we were somewhat alarmed the next morning as we watched another yacht raise his anchor with a ton of kelp on it. We decided that when one became free we would move onto a mooring.
By 10 am the harbour was emptying and we upped anchor with Mo gently moving deeper into the harbour towards a mooring. There was a motor boat leaving and the twit on board had obviously never learnt that boats pass port to port. He came straight for us and Mo had to go hard astern to avoid a collision. My language to him was very loud and colloquial!!!
Canna is a small island but it does have a restaurant so while ashore we stopped for a cuppa. Mo was able to walk a mile or so which is a great improvement.
We found it amazing that this small island once supported 600 people and has three churches. There are far fewer people now. 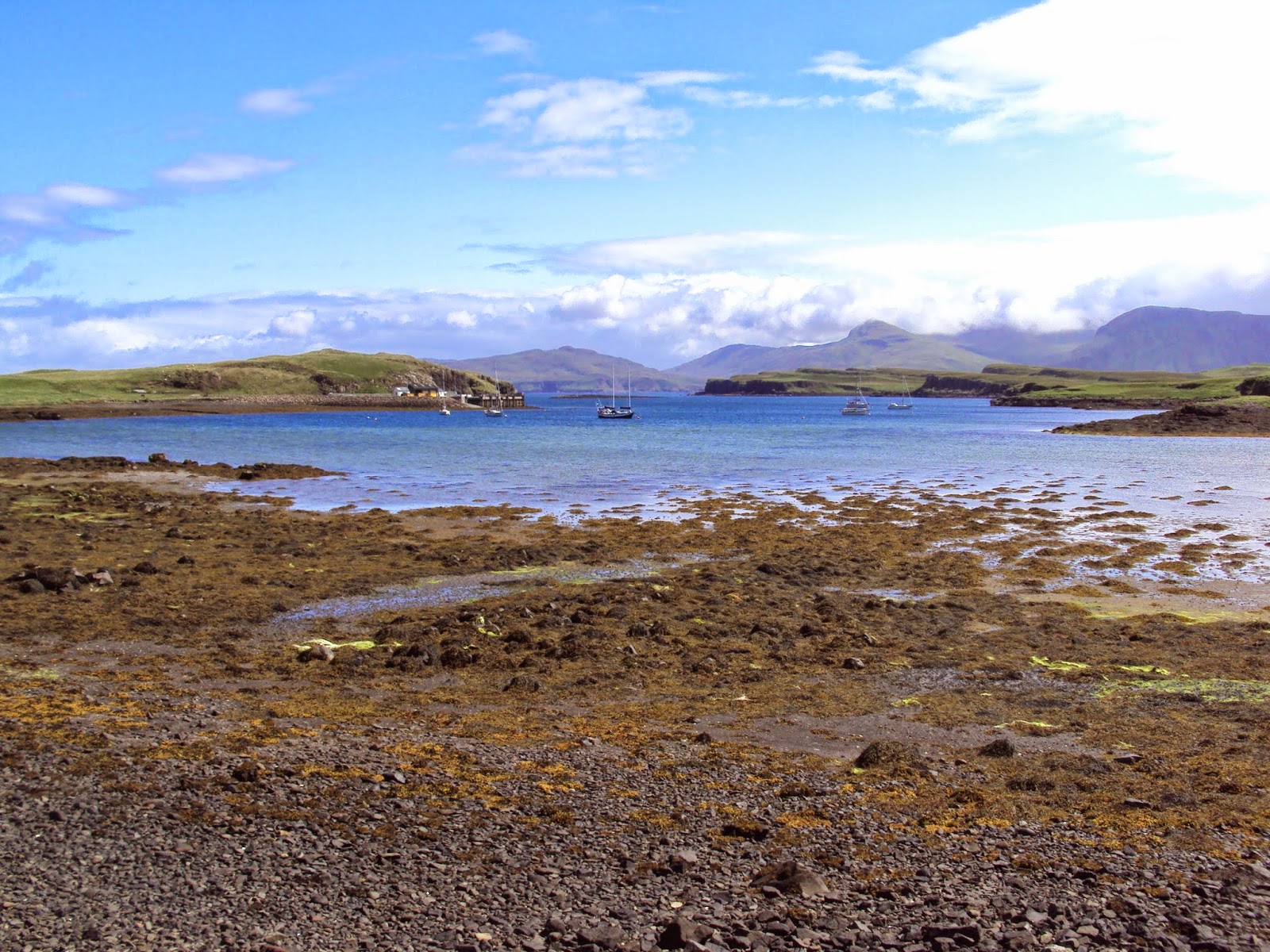