From Ulva it was a short but very lively sail to anchor just East of Iona and wait for the tide through Iona sound the next morning.
Just as we were leaving Ulva mark told us that it had just been on the news that a hurricane was heading for the UK. With that in mind we decided to head straight through the Sound of Islay and either go to Craighouse on Jura or across to Gigha.
On the way Ti Gitu had three dolphins playing at the bows. One was the most enormous we have ever seen and sat apparently motionless with it’s tail just a few inches in front of the bow. Magic.
The winds were light until the sound where it blew hard and poured with rain so we decided on Craighouse. Entering the anchorage I spotted one of my old yachts now called ‘Dark Tarn’ and we quickly had a text from the owner having a meal in the hotel asking if by chance we were on Jura. The next day a pleasant few hours were spent with the owners.
However bad weather was being forecast so the next day we thought we would go out in a SE wind and attempt to go SE. Bad decision after a short time we turned round and went back to the anchorage. The next day we had a pleasant sail across to Gigha where we would wait overnight and then round the Mull of Kintyre the next day to stop in Campbeltown. 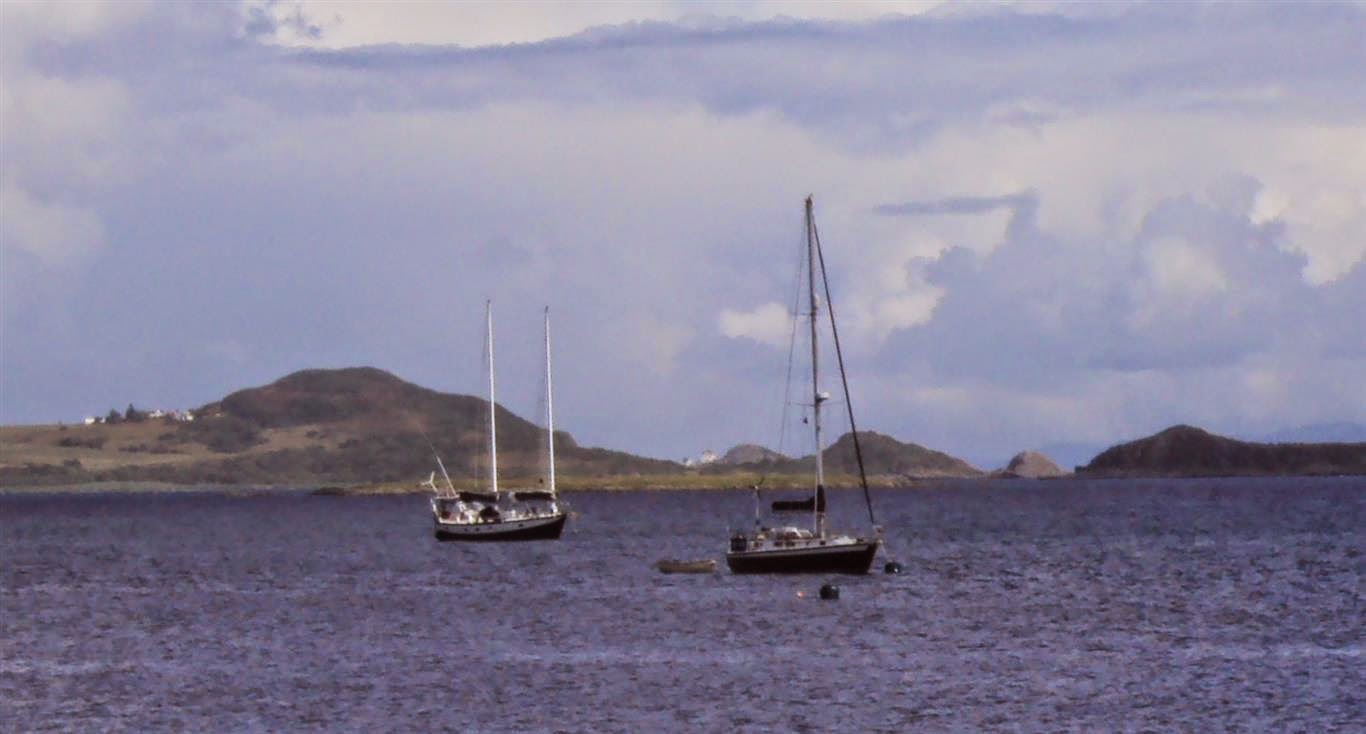