Ti Gitu left Holy Island on 21st May and had a good sail the short distance to Berwick upon Tweed. There are no facilities for yachts in Berwick and so we had to use the commercial dock. We had phoned the harbourmaster and were told to use the ladder half way down the wall and once moored and having visited the harbour office we decided that as the weather was really nice we would walk round the old walls that afternoon. 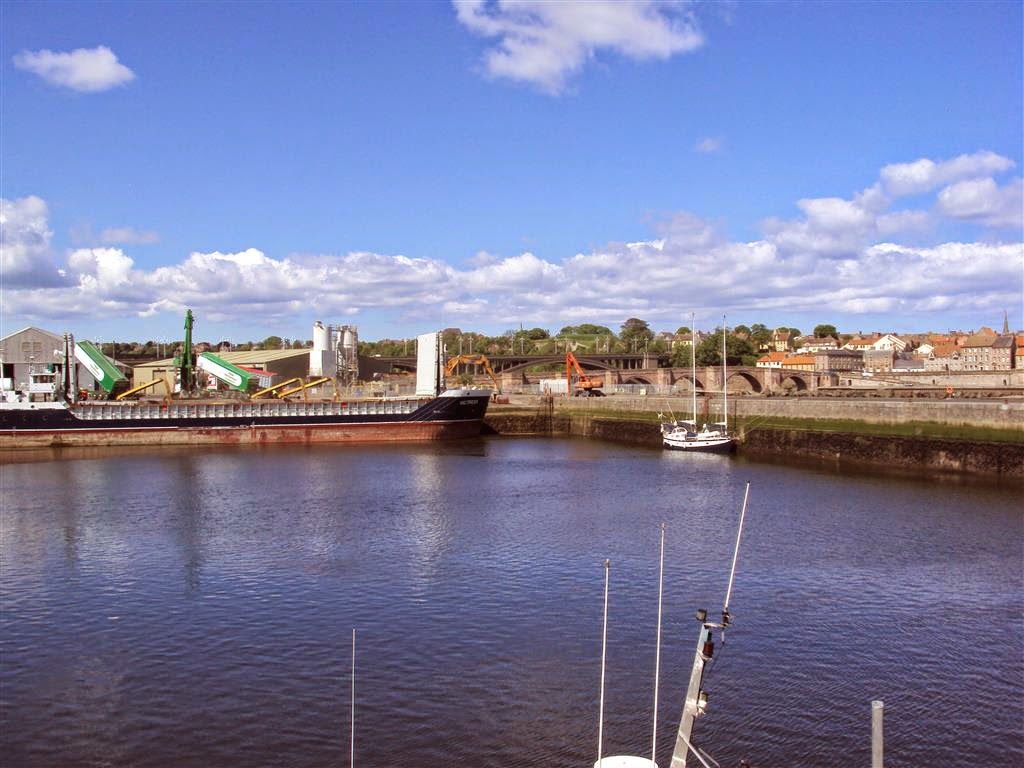 Ti Gitu alongside the wall with Berwick over the river.


Berwick is a really old town much fought over in the past and has nearly complete defensive walls which along with the rest of the town is well worth a visit. We stayed three days which was great except that Mo really didn’t like the ladder much.
Posted by Paul
Email ThisBlogThis!Share to TwitterShare to FacebookShare to Pinterest